Description
It was one of the pivotal times of the twentieth century--during George Bush's presidency, an extraordinary series of international events took place that materially changed the face of the world. Now, former President Bush and his national security advisor, Brent Scowcroft, tell the story of those tumultuous years. Here are behind-the-scenes accounts of critical meetings in the White House and of summit conferences in Europe and the United States, interspersed with excerpts from Mr. Bush's diary. We are given fresh and intriguing views of world leaders such as Mikhail Gorbachev, Boris Yeltsin, Margaret Thatcher, Helmut Kohl, and Francois Mitterrand--and witness the importance of personal relationships in diplomacy. There is the dramatic description of how President Bush put together the alliance against Saddam Hussein in the Gulf War. There are the intensive diplomatic exchanges with Beijing following the events of Tiananmen Square, and the intricate negotiations leading up to German reunification. And there is the sometimes poignant, sometimes grim portrayal of Gorbachev's final years in power. A World Transformed is not simply a record of accomplishment; Bush and Scowcroft candidly recount how the major players sometimes disagreed over issues, and analyze what mistakes were made. This is a landmark book on the conduct of American foreign policy--and how that policy is crucial to the peace of the world. It is a fascinating inside look at great events that deepens our understanding of today's global issues.
Also in This Series

No Tags, Be the first to tag this record!

Note! Citation formats are based on standards as of July 2010. Citations contain only title, author, edition, publisher, and year published. Citations should be used as a guideline and should be double checked for accuracy.
Staff View
Grouped Work ID:
79b3e405-0c02-417a-6738-4cce7180fd05
Go To GroupedWork 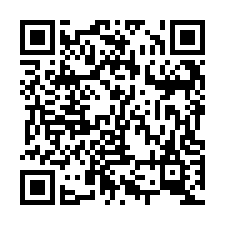